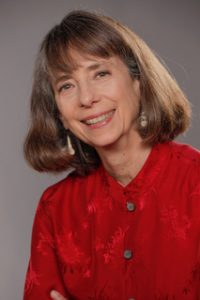 I believe that connecting to your body is a way to connect into your fullness as a human being.

Ruth Alpert is a seasoned professional in movement re-education and body alignment for individuals, and a valued partner to the studio owners and workshop sponsors for whom she teaches.

Raised in New York City, Ruth has been studying and performing dance since 1956, attending such prestigious schools as George Balanchine’s School of American Ballet and The Merce Cunningham School. Ruth graduated from Bard College with a major in dance. She was part of the post modern scene in Soho in the 1970s and was an original member of Douglas Dunn’s Lazy Madge project. Additionally, she has an alter-ego as an Appalachian freestyle flatfoot dancer.

She brings to her work extensive training in alternative movement theories in addition to her many years’ experience as a professional dancer. Ruth’s interest in bodywork and movement grew out of her desire to find a solution to the chronic pain and injury she sustained as a dancer. Since 1976 she has been studying and teaching various Somatic modalities. She has been deeply influenced by the work of Lulu Sweigard, Bonnie Bainbridge Cohen, Susan Klein and Emilie Conrad.

Ruth has been a certified practitioner of The TRAGER® Approach since 1987. She was trained in Pilates by Michele Larsson in 1992 to work specifically with injured clients, has been an Associate of Michele’s Core Dynamics Teacher Training Program, now under the ownership of Kevin Bowen, since 1998. Ruth is also certified as a GYROTONIC® Method teacher since 2002, and graduated in 2007 as an Alexander Technique teacher from The Alexander Alliance Southwest.

A Trainer’s Trainer/Partner to Studio Owners 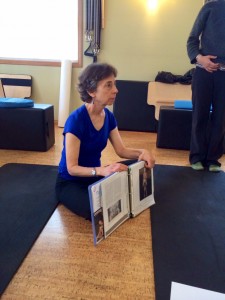 Ruth has always collaborated with colleagues and other practitioners. She was instrumental in the creation of Momentum, a pilates studio in Santa Fe, NM and remained active in the first 5 years of its management. Also in Santa Fe, Ruth was part of a team that included acupuncture and massage in the practice of a Doctor of Osteopathy, working with persons with acute injuries and chronic conditions. With two other colleagues, she created and worked for five years at Active Recovery, a pilates and GYROTONIC® Method studio owned by a Rolfer who specialized in whiplash injuries. Since 2001 she has taught for premier studios around the country. A listing of events where she is teaching is located on the Calendar page of this site.

“Ruth is a masterful teacher – she can explain anything. What she teaches is her own. But when you learn it, it becomes yours forever.”

“I spontaneously released 40 years of emotional torque in my spine when Ruth lightly guided my movement with her hands.”

“Ruth, you are a wealth of information and I so enjoy your delivery. I always learn something new and useful. Thank you!”

“Ruth, I always learn so much from you. Thank you for sharing your knowledge.”

“Ruth was recommended highly by other masters. Seasoned, trained, her extensive background, the range of modalities she has studied… Ruth brings to the table something different: Everyone can cook a chicken, but this is one recipe we never heard of before. “We knew of Ruth’s reputation as the definitive anatomy teacher. She didn’t disappoint us. Every single instructor said, ‘whenever Ruth comes in to teach, I’m coming back! ’”

“Ruth is hilarious,matter-of-fact, logical, smart, and willing to share her true self. She taught/explained a few things that I watched change the lives of some of the women in the room right in front of my eyes.”

“Wonderful class Ruth. Relaxing and invigorating at the same time! Thank you!”

“Ruth’s gift is inspired, intuitive precision. After taking classes with Ruth I am more free in my movements, can do things I never thought possible, and it all feels effortless.”

Ah … Happy sigh. Thank you so much Ruth – I love your teaching – your gentle voice and sense of humour and the way that even though you explain things carefully and exactly you keep the flow of the movement. Then suddenly the challenging exercises emerge with a smile on its face. Amazing class.

“My body and spirit thank you.”